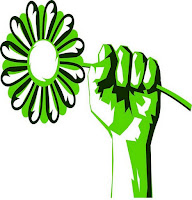 The 2017 BC election results are still up in the air. As citizens await the final vote count, a desperate round of negotiations go on. As BC Green leader Andrew Weaver says, other parties are “crawling over themselves” to offer deals to Greens. The Liberal Party is especially intent on keeping power and has a lot of cards to play.
Today the Green Party has a unique opportunity to advance the popular demand for change that was clearly expressed in the election. Yet it faces considerable danger in the rough-and-tumble political game the Liberals play with such calculation.

At this critical moment, the Social Environmental Alliance welcomes Oak Bay-Gordon Head residents, and others from throughout the Lower Island, to join a public discussion about the way forward for the Green Party.

Bring your ideas and join the discussion about how the Green Party can preserve its principles in a volatile time and help advance the popular demand for environmental justice and social and economic equality.