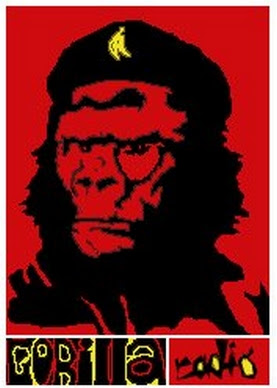 11:00:00 3:00 Welcome to GR, etc. And welcome to Gorilla Radio’s Funding Drive show! Next month marks the 20th anniversary of this show. That translates to more than a thousand episodes, two thousand studio interviews or so, and an uncounted number of streeters, demos, and assorted event recordings. Why do I do it? It’s a fair question; and I’ll try answer it over the next 57 minutes.

But for now, I’d like to introduce two of the people that make the continuance of the show possible. Janine Bandcroft has been providing Left Coast Events Bulletins, and much more besides, for the show for almost as long as it’s been on the air. And Christina Nikolic has stepped in for the Events Bulletin, appeared as an expert guest on soil health and horticultural issues, and provided administrative, logistical, and moral support for more than a decade. And, both Janine and Christina are here again today for the umpteenth Funding Drive program. Hello Janine and Christina!

Believe it or not, when this show’s first episode aired, way back in 1999, people over here in the Western democracies believed bombing distant countries for the good of the people living there was a legitimate form of international diplomacy. Some people, anyway. This bizarre logic was not limited to the United States alone. Even in places like Canada, the leaders of Parliament said they believed blitzkrieging modern, perfectly functional cities into a pre-industrial state, difficult as it may be for those beneath the barrage, was a case of short-term pain for long-term gain. “They would come to thank us for it, in time”, we were assured.

It was the Former Yugoslavia being destroyed at that moment in the way back, long ago, thanks largely to Bill Clinton’s winning ways, and the eagerness of NATO to prove its continuing usefulness in a post-Cold War World. But, to be fair to Slick Willy, he was merely following the tenor of the times set by his New World Order predecessor, George H. W. Bush, and there would be so much more to come.

The music behind me is from The Fire This Time, a project undertaken by Briton, Grant Wakefield. He produced it as both a historical record of George, the first Bush’s destruction of Iraq, and monument to the inauguration of the Forever War. He says it’s dedicated to, “the estimated 1.5 million Iraqis killed by the US led bombing and sanctions from the years 1990-2001.”

Of course, it’s not all war and rumours of the same here at GR. This year, and every year for the last twenty years, the show has provided a platform for people doing great, positive things singly and in groups locally, regionally, nationally, and around the World: Providing a venue for people and issues not adequately covered in state and corporate media.

Imagine, after living somewhere for a long time, even through childhood, discovering a place you’d no idea existed. A place always there, for those with eyes to see, and the ears to hear. CFUV, this great latter day Tower of Babel was erected in 1984 and has since been administered by an ever-changing cadre of acolytes, true believers in the power of radio to change moods and minds. It’s ever been the place where the sounds of an entire World congregate and coagulate, before emanating out to Victoria, (and whichever way the wind blows) through a minuscule, 22-hundred watt transmitter.

That’s how it was for most of the station’s history. Our little signal now hitches a global ride on the world-wide-web, capable of sending back to the far-flung corners of the planet what we’ve for so long taken. But, though the World change some things stay constant. Just so with CFUV, where the passions of programers for beauty and the truth of music and sounds to present to you, dear listener, has and will always remain constant, as long as there be ears to hear it…Whether you’ve been along for the ride from the beginning, or hearing CFUV for the first time, remember: We’re always here for everyone.

-0-
Liked it? Take a second to support Chris Cook and Gorilla Radion on Patreon!